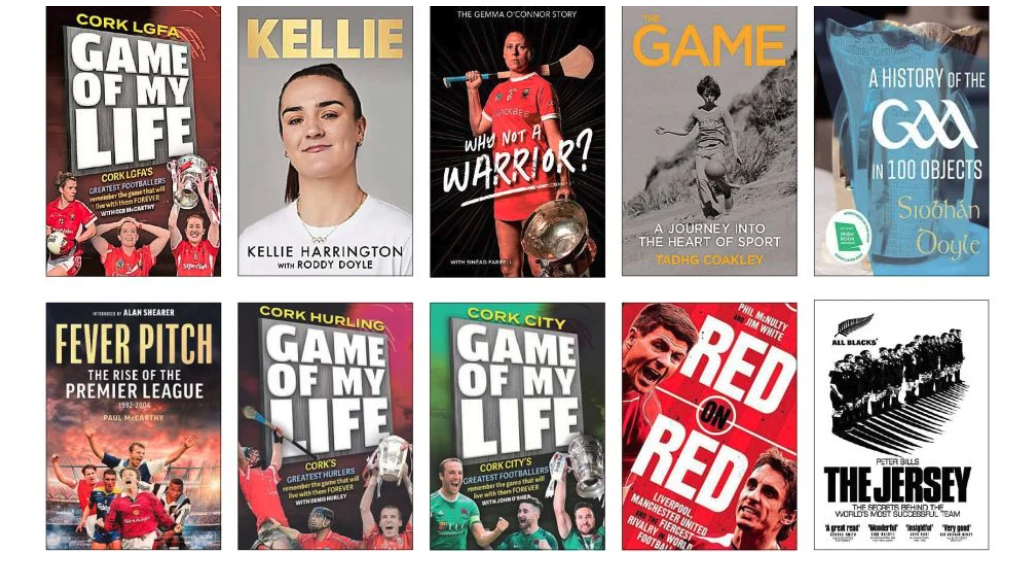 The Game has been recommended in newspapers and on radio as one of the books of the year for 2022. The Southern Star, Ger McCarthy The Irish Times, Malachy Clerkin The Irish Examiner,  Cork Books of the Year, Marjorie Brennan. Irish Times, Sinéad Gleeson.  Malachy Clerkin on 2fm radio with Dave Fanning.  Michael Foley and Kieran Cunningham on Today FM with Matt Cooper.  Second Captains. Off The Ball on Newstalk. The Irish Examiner, Sports Books of the Year, Richard Fitzpatrick.  The Irish Sun, Paul Dollery.  The Irish Independent, Cathal Dennehy.  *Image by The Southern Star. 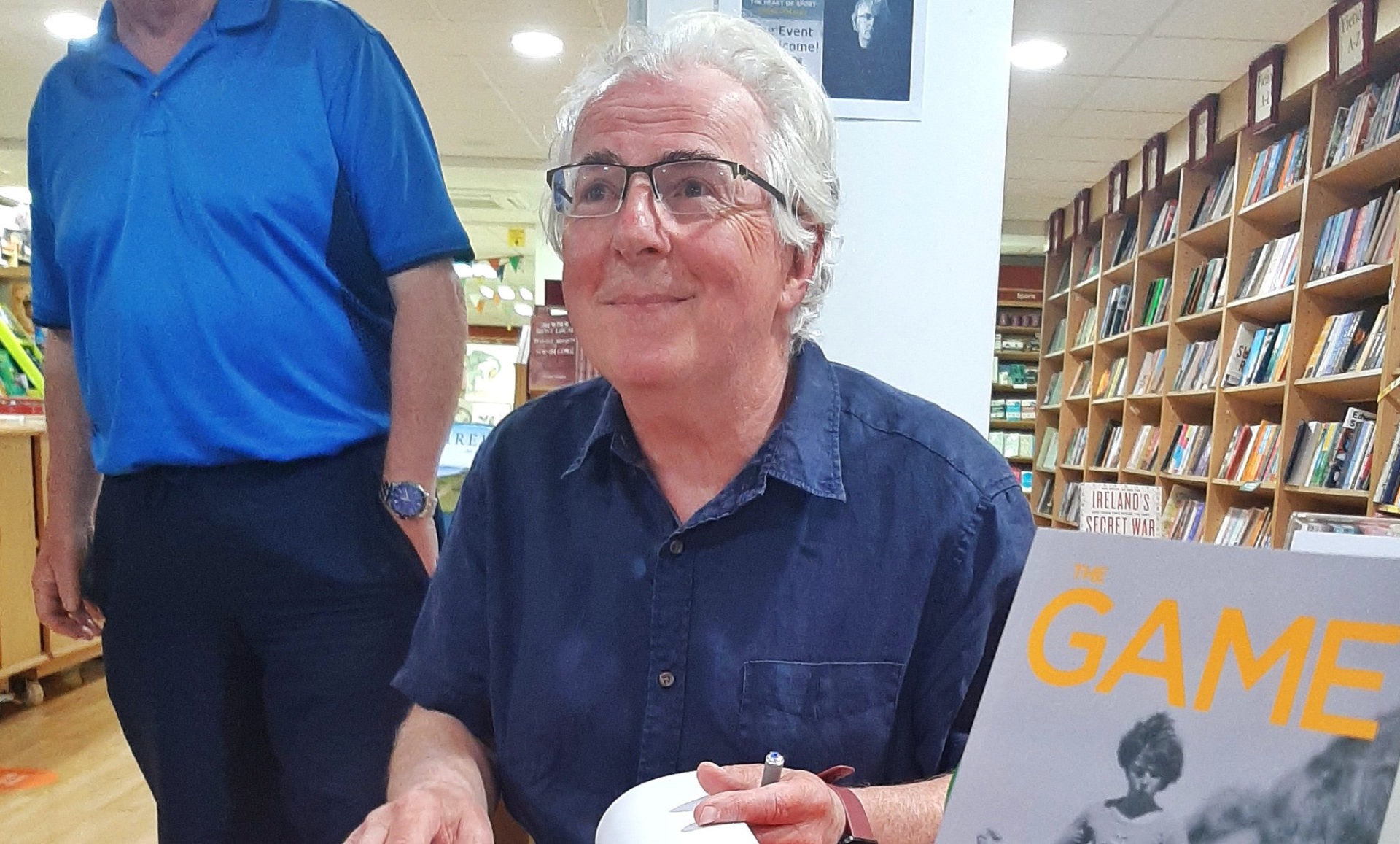 I was delighted to feature in the Mallow Arts Festival 2022. I did a reading from The Game and signed books in Phillip’s Bookshop, Mallow. Some photos here: 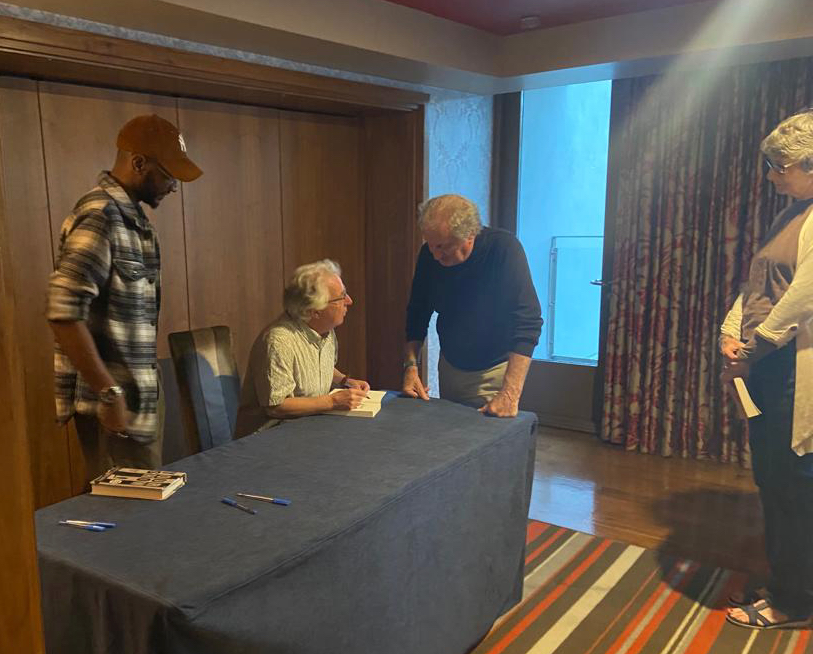 Thanks to Kim Bielenberg of the Irish Independent for featuring me on his WriteSide column. You can read it here. 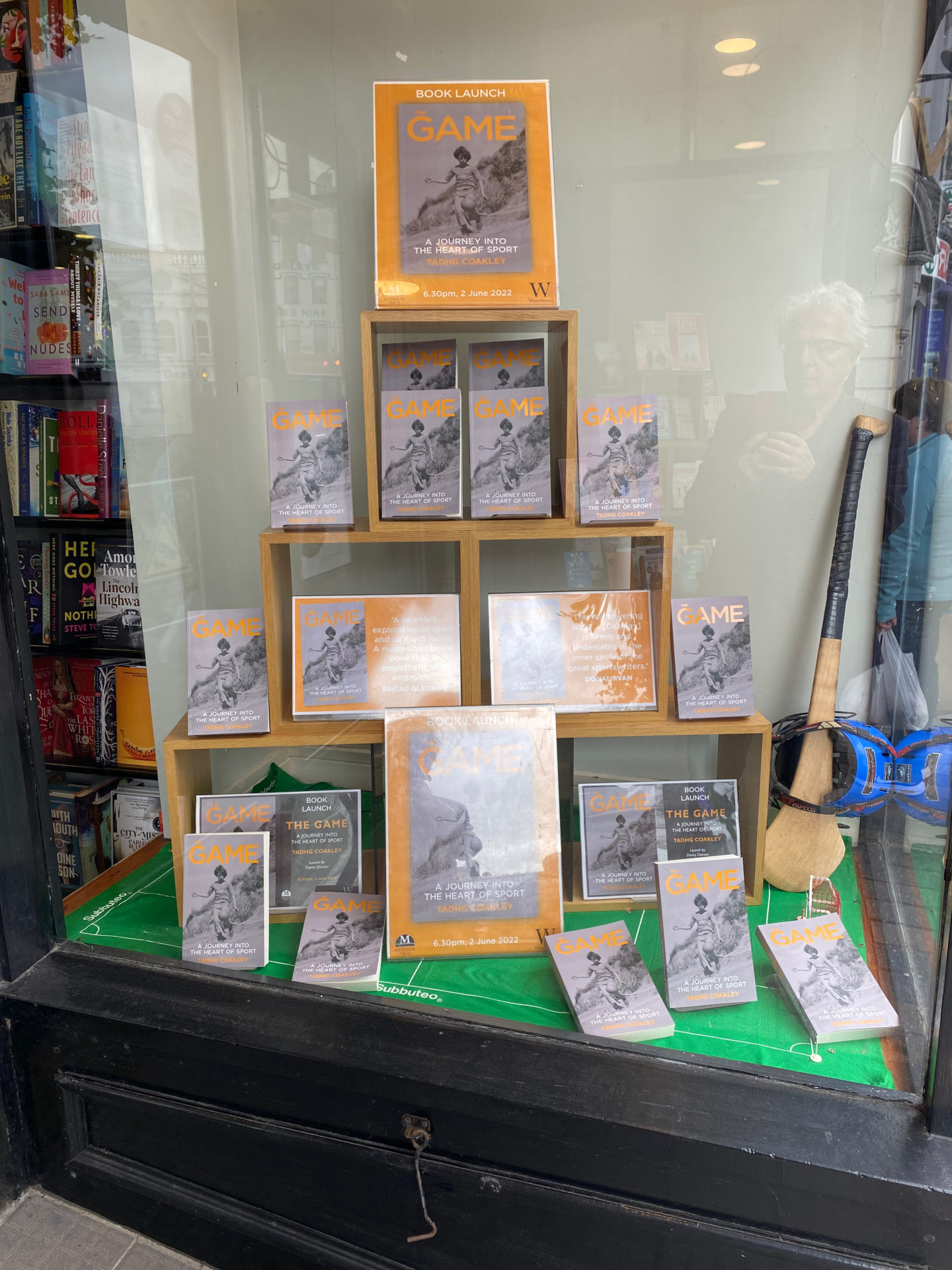 Praise for The Game

I’m so grateful for the generosity of people and for the kind words they have said about The Game. Some of the praise it has received: Donal Ryan: ‘This is a towering work. … The essays ‘Miracles’ and ‘Kisses’ are two of the most beautiful, poignant and heartfelt pieces of writing I’ve ever read. Tadhg is clear-eyed, intelligent, and unrelentingly honest about the darkness that pervades the business of sport and its capacity to arouse our basest instincts … He asks the hardest of questions and delivers unflinchingly honest answers. This is no paean … it is a brilliantly forensic and startlingly objective account of the ways that sport at once transcends, debases and delineates our humanity. Tadhg admits to feeling like an outsider but he is firmly and undeniably in the inner circle of the great sportswriters. And he is clearly, though he’d probably deny it, the truest of sportsmen.’ 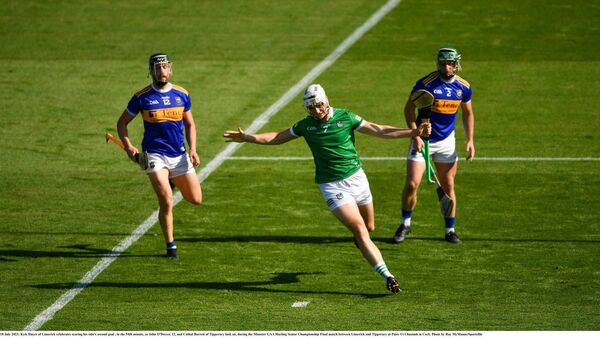 Tadhg Coakley: The 10 sporting emotions this summer has evoked

August, 2021. Is it just me or has sport made this summer more glorious? And we’re still only in August with so much more to look forward to. In this Irish Examiner piece I outline some emotions that sport evoked in me this summer. Read it here. 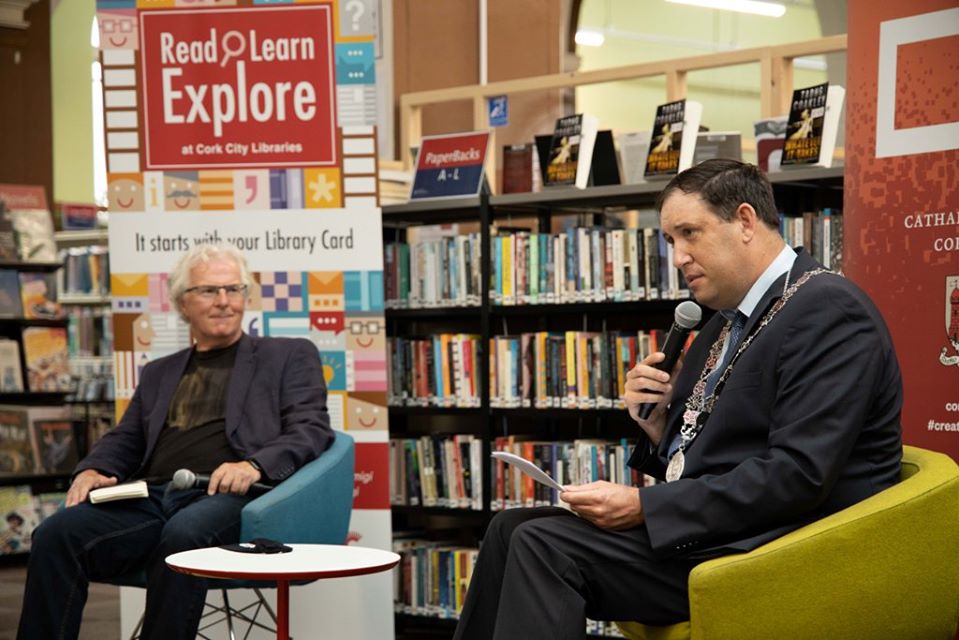 Cork One City One Book Launch

Cork City’s One City One Book was launched by Deputy Lord Mayor Cllr Kieran McCarthy in Cork City Library on 14 August. A discussion on the book with myself was led by poet and writer Thomas McCarthy, behind closed doors. Click here to watch the discussion 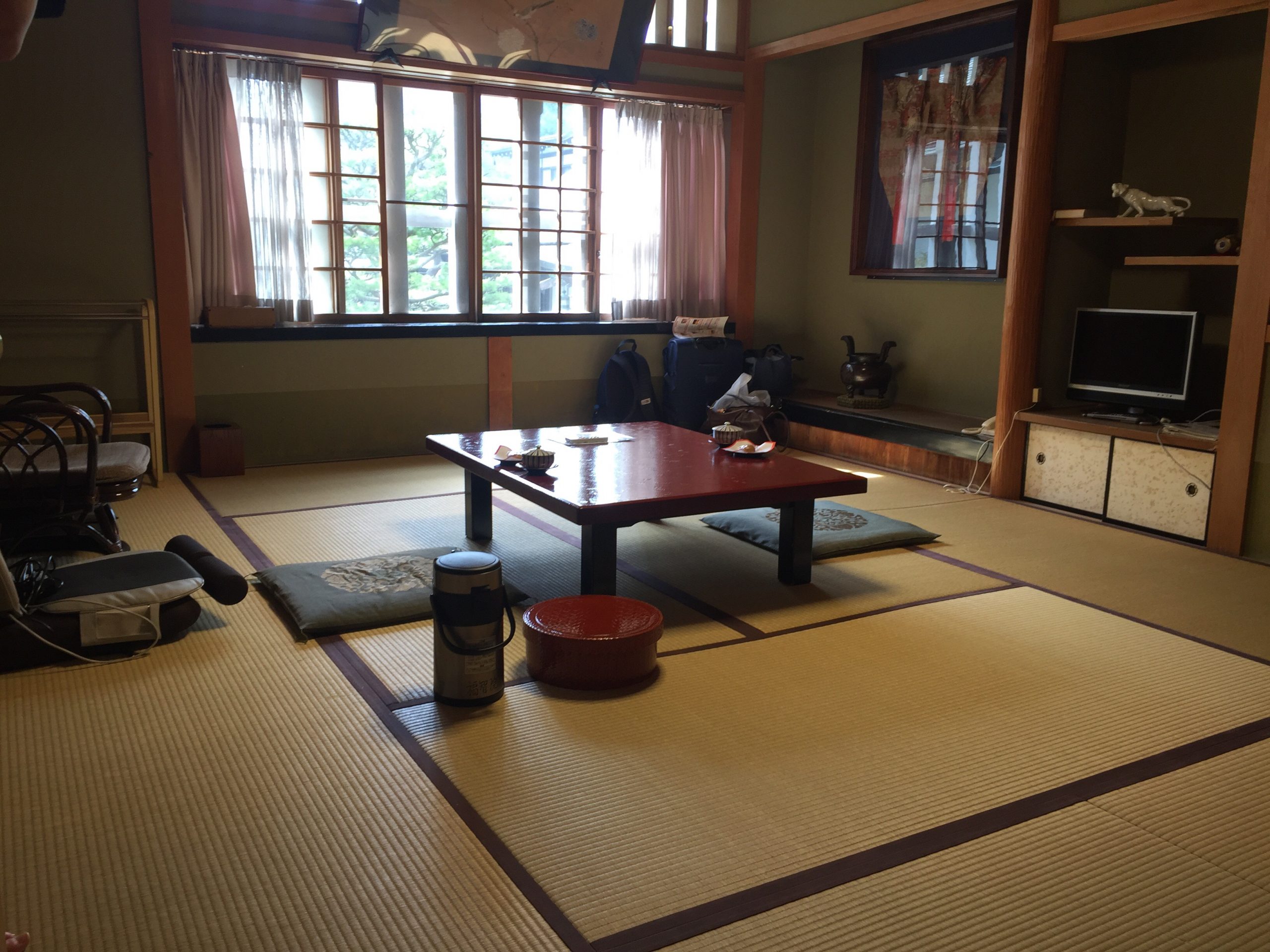 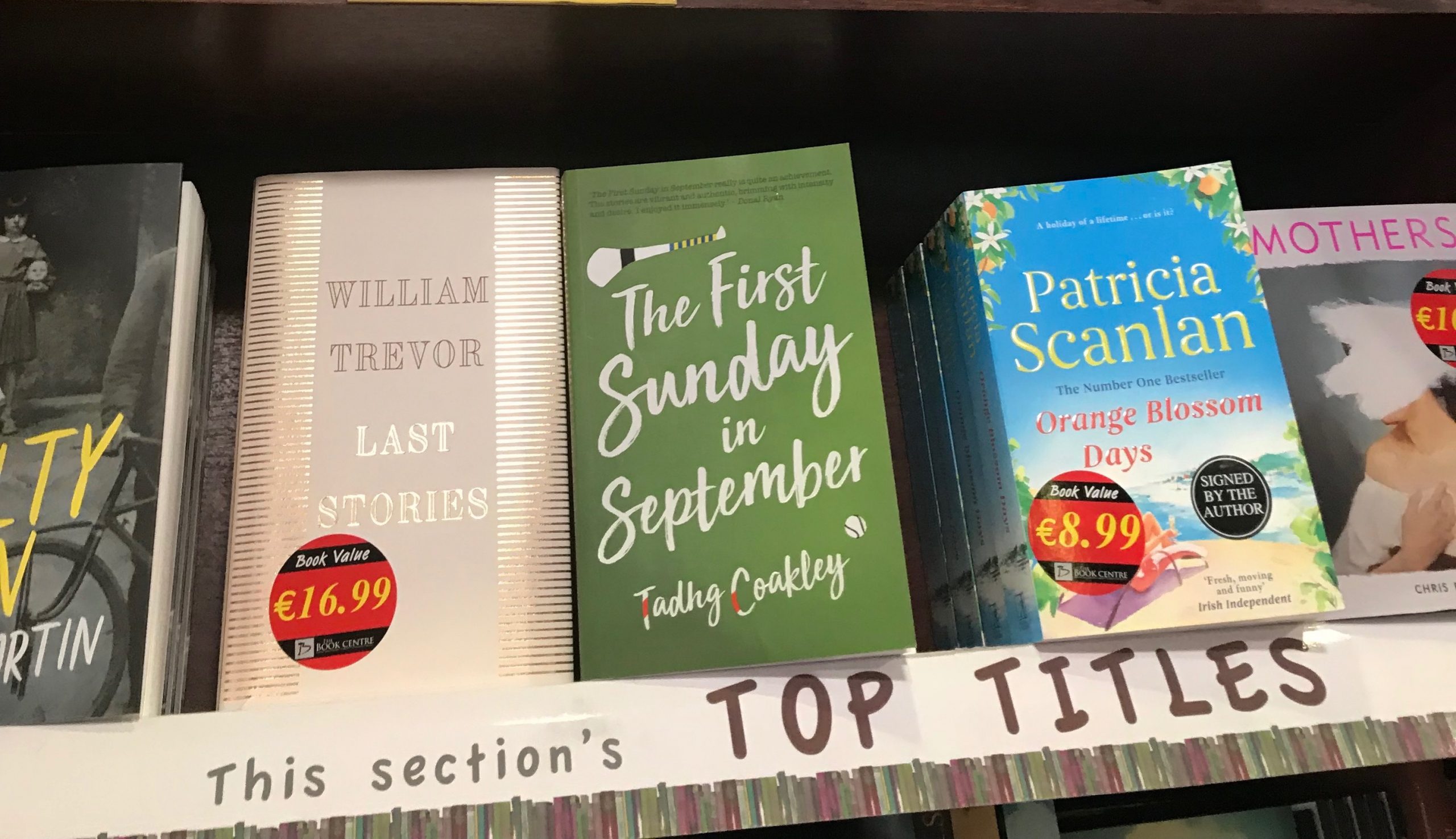 Publicity for The First Sunday in September

A chairde, welcome to the August 24th, 2018 meeting of the Committee. The Rúnaí can’t be here tonight, he’s asked me to deputise on his behalf. First item on the agenda. The PRO wants to pass on the following information, though the chair:   Tadhg Coakley’s novel in stories, The First Sunday in September, was shortlisted for the Mercier Press Fiction Prize, 2017 and was published by Mercier Press in August 2018. It tells the story of a fictional All-Ireland Hurling Final Sunday, from the points of view of several recurring characters, exploring recurring themes.