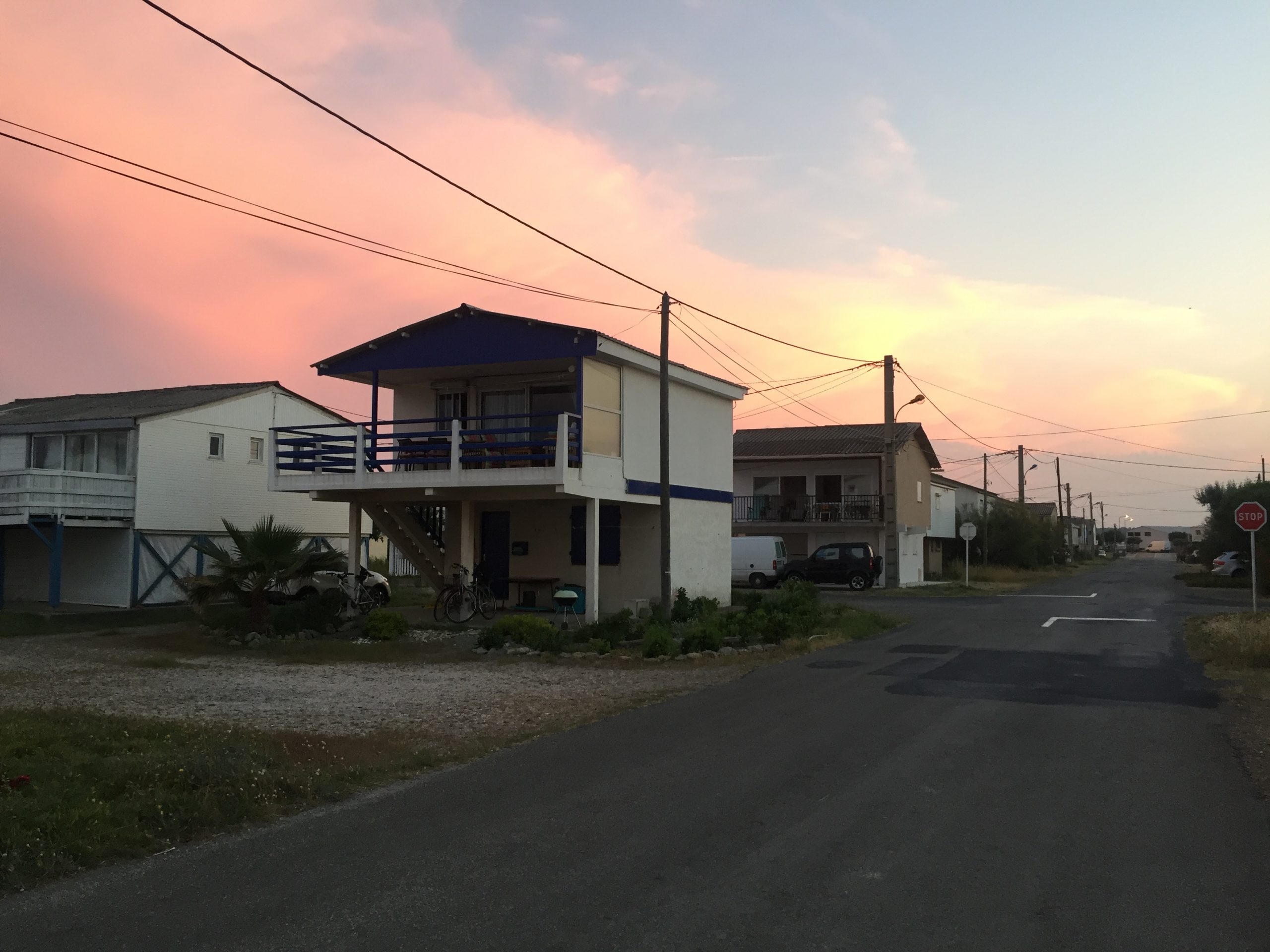 A Picture of a Man

There’s an amazing scene in the film M by Fritz Lang* where a serial killer of children is put on trial by the local criminal fraternity and the parents of those he has murdered. They decide, not surprisingly, that he must die for his crimes. And in the scene, the murderer, Beckert, played wonderfully by the wonderful Peter Lorre, tells them all that they cannot kill him, in fact they have no right to try him at all, because he is a man. 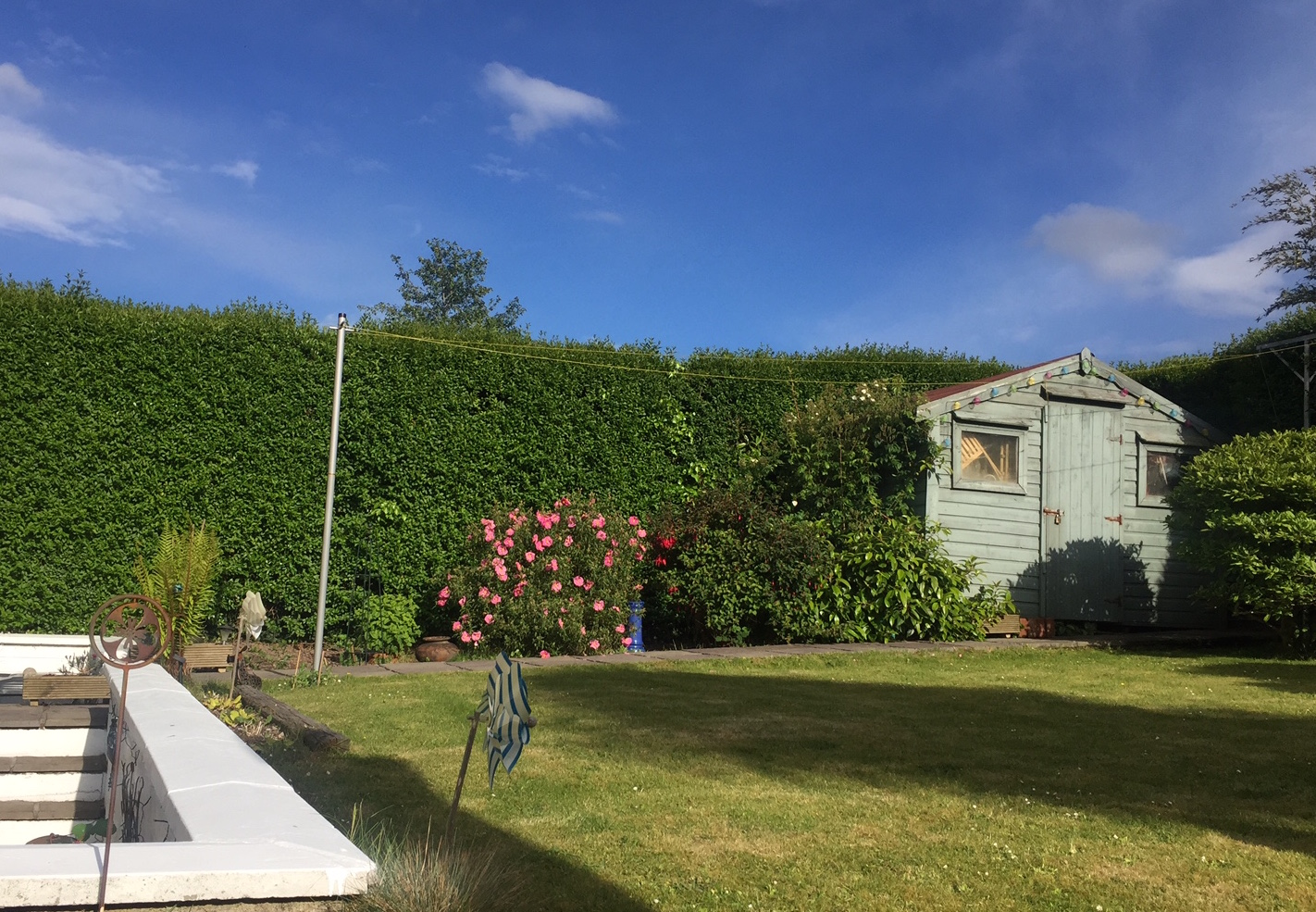 The morning sun, the evening sun 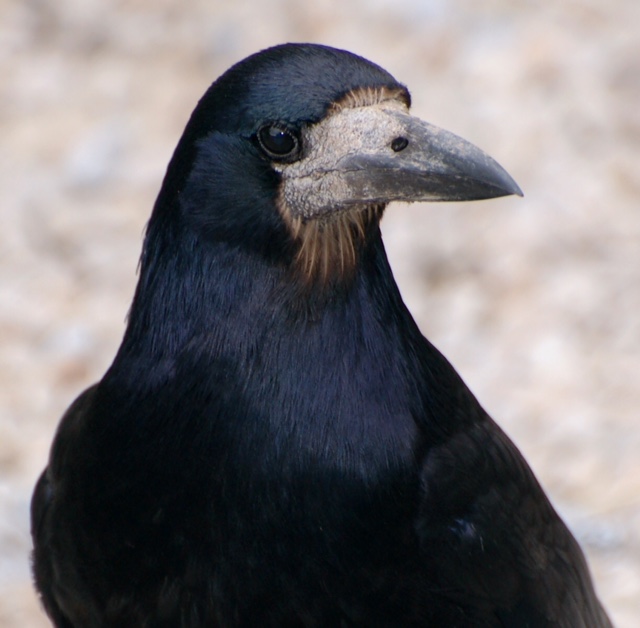 The Hipster and the Rory Gallagher Square Rook

I’m a rook, like, and I mainly hang around Rory Gallagher Square in Cork. I pecks away around the square, getting the odd bits and pieces that people drop on the ground. I’m what you call a polyglot. That means I speak a lot of languages. I mean a lot of languages. It comes easy to birds, us rooks especially. 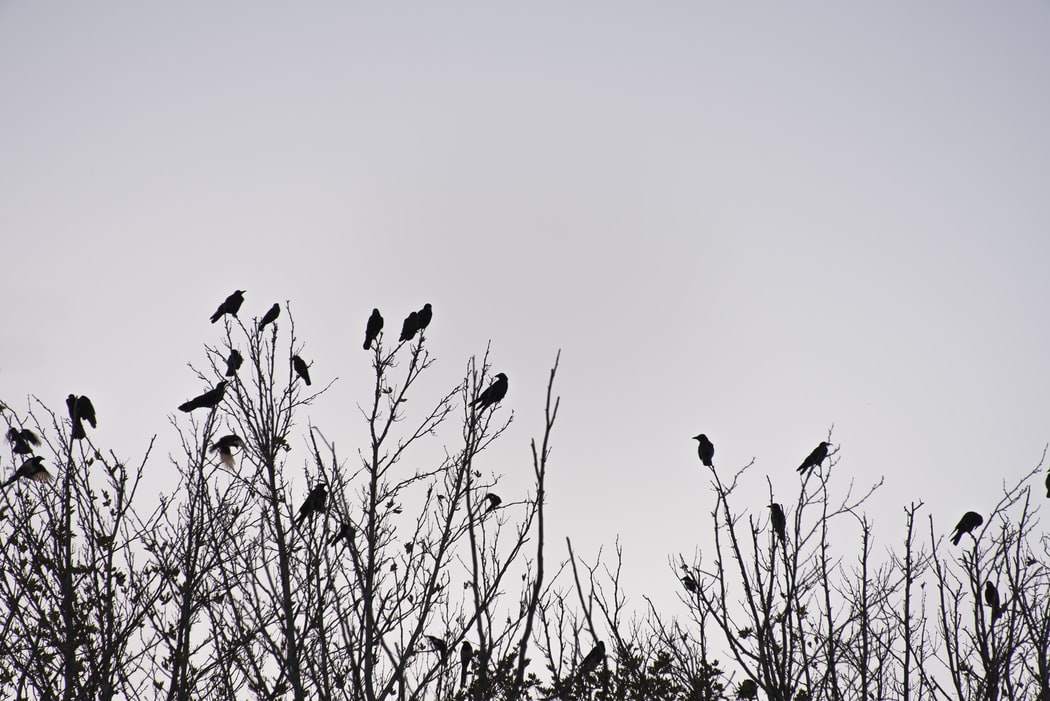 The first thing Dermot and I noticed was the early evening drifting of seabirds, as the winter sun set over Ringaskiddy behind us. They looked like black-headed gulls but we couldn’t see, from the distance. What was most striking was the silence, as they flew in Vs of eight or ten or twelve. Seaward, over the narrow channel of water at East Ferry. They flew effortlessly, in precise lines, rotating to take the point of the V. Purposefully; a low white script against the background browns and blacks of the water and the far shore. 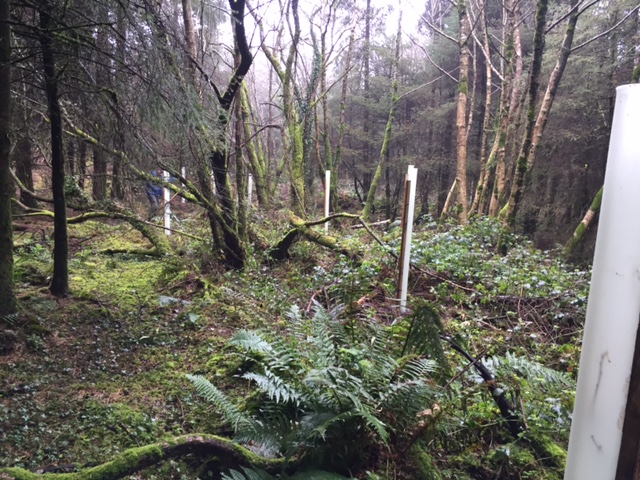 Me and Pad (see what I done there?) went down to his forest in East Cork to plant trees the other day. It’s a Sitka Spruce forest, set out in the mid nineties I think, and himself wants to plant other trees there, wherever they can get a hold, with a bit of light and a bit of rain and a bit of luck. The forest was thinned a couple of years ago and there are pockets of brightness here and there now, where his own seedlings might prosper.

I’m the Echo Boy on Patrick’s Street. No, not that one, I’m the one across the road, outside the old Examiner Offices. I’m the statue. I didn’t know I was a statue for a long time, actually. I used to be over on Cook Street and one day I heard a woman tell her daughter what I was, so that’s how I found out.

Bracia / Brothers – A Masterpiece of Film

I resolved to see some of the Film Festival this year and booked a ticket for a Polish documentary called Bracia/Brothers by Wojciech Staron and boy am I glad I did. It may be the best film I ever saw. I’m not sure yet. But it’s way up there – that’s for sure. Two brothers, Mieczyslaw and Alfons Kułakowski have returned to Poland after an exile of 80 years (yes), in Siberia and Kazakhstan, to resume their lives as best they can. The film, shot over 8 years, tells of their lives, as they live them, now. 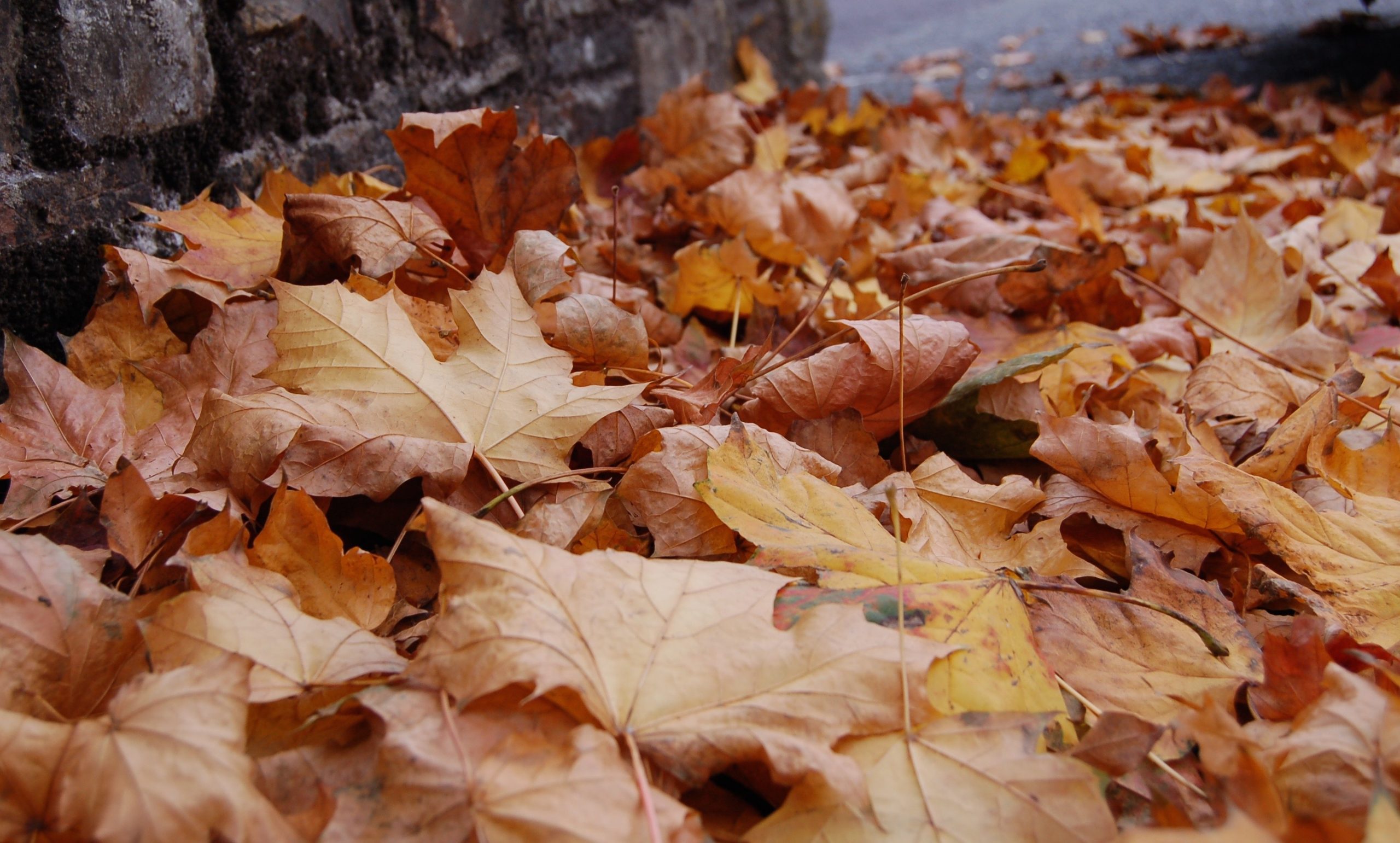 It’s been dry, it’s been very dry in Cork City by the Lee, my hometown here in the deep south.  [APPLAUSE] Yes it’s been a very dry Autumn, and very still too for weeks now, hardly a puff of wind, which means that we have a spectacular Autumn array of colourful leaves on the trees, even though we’re coming into November and on past All Soul’s Day. 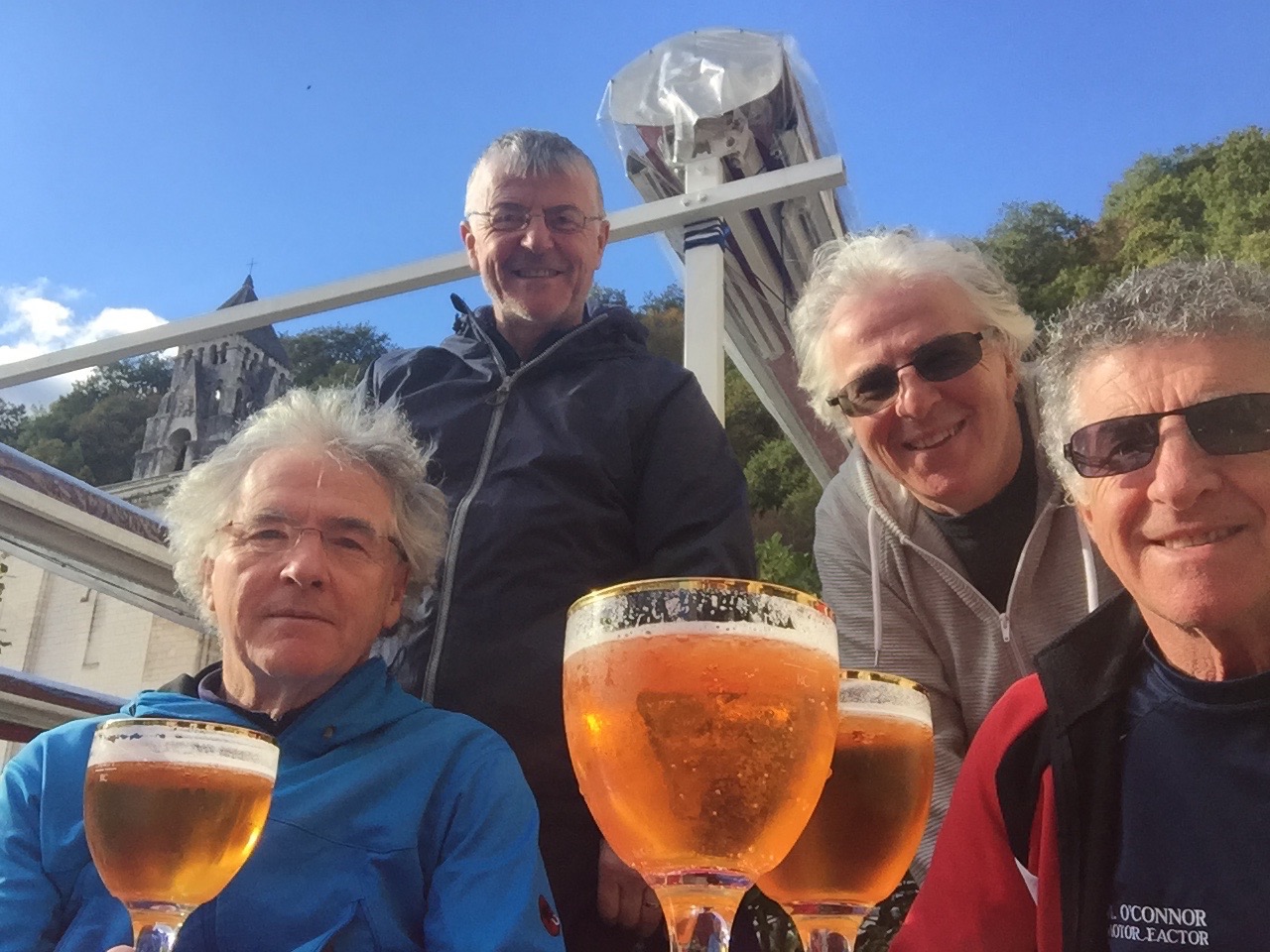 We did a bit of sightseeing before today’s walk (our last of 2016 together) in Saint-Jean-de-Côle, which is listed as one of the most beautiful villages in France. M. Besson and most of the books had recommended it. And the Romanesque Byzantine church to Saint-Jean Baptiste  was very special I must say, its stone walls almost white, with small rounded chapels to the side. They had choral music playing through the sound-system and long elegant candles (Pad and I lit two) and I could have stayed there longer and prayed. There was a map on a notice board at the side showing a walk through the village all the way to Santiago de Compostela, a good walk, beginning in Vezelay – almost 1,500 km according to Googlemaps. Now that would be a walk and a talk. But we agreed to settle for somewhat less that Friday. Maybe some other time. 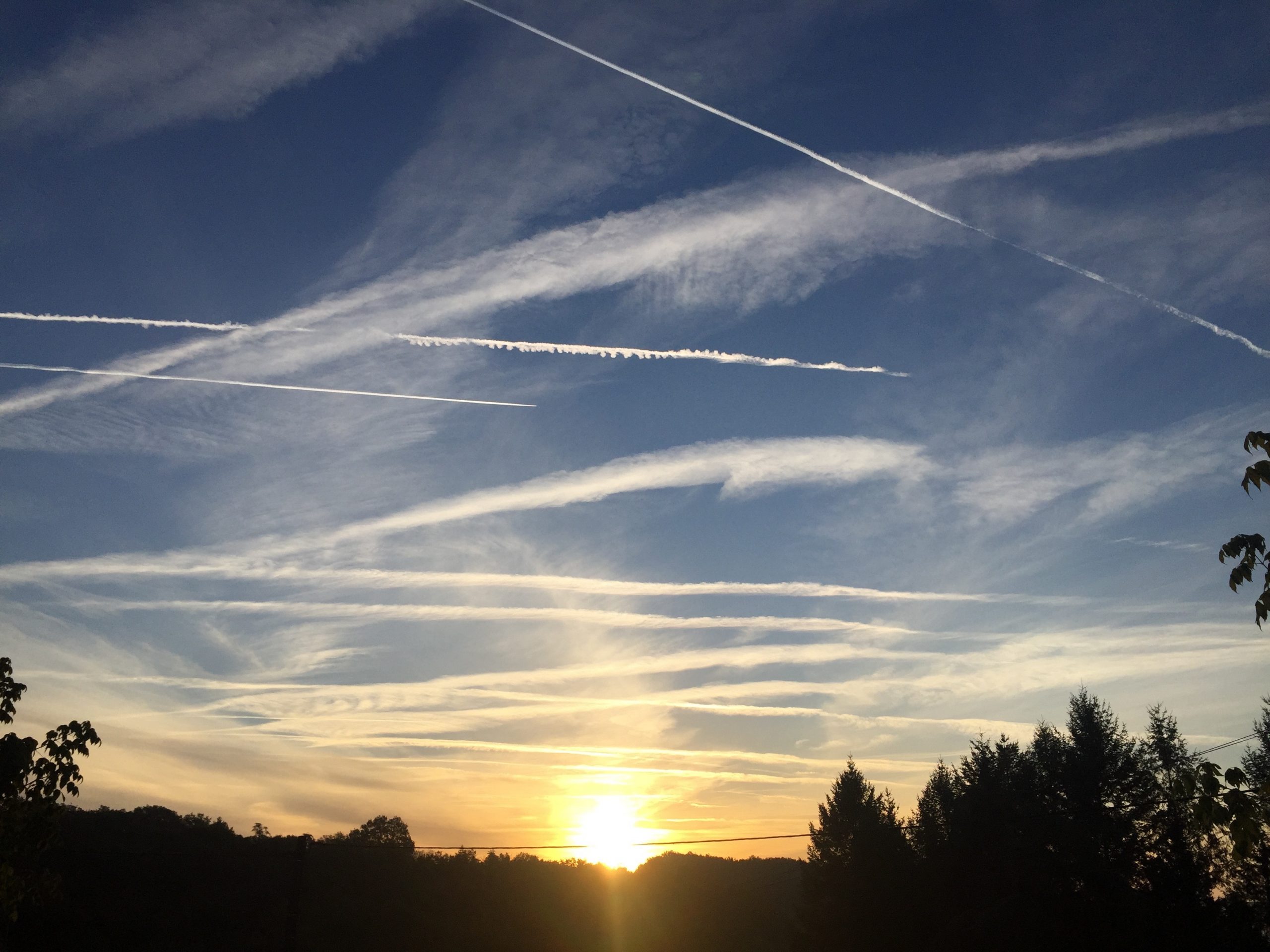 Thursday came with our first clear dawn and a hard frost. I put on a hat and gloves for the short haul down to Madame Aldi – we weren’t quite on first name terms yet, myself and the woman who opened it up in the morning, but we were getting there. Light had been filling my East facing bedroom since well before eight and I went outside with a cup of tea to enjoy the sun’s rising over the glen. It came up clear under a blue sky ribboned with aircraft contrails, my breath misting in the cold Autumn air, long shadows appearing behind the garden chairs and the porch column and on the pages of my notepad and my pen was enshadowed now too, and the back of my cup. Funny how the shadows are longest at the dawn and the dusk. Mist from my nose and mouth in